Timothy Leeks, otherwise called ‘Lul Tim,’ who was charged for the murder of rapper King Von last November, has reportedly been released.

King Von, whose real name is Dayvon Bennett, was shot and killed at age 26 during a fight in the parking lot of the Monaco Hookah Lounge in Atlanta on November 6 last year. The fight reportedly led to a shootout between two groups that left King Von and two others dead and Lul Tim and two others wounded.

The news of King Von’s death spiraled quickly to social media. It was initially suspected that Von was killed by the Atlanta police, as two officers who were nearby had confronted the shooters with gunfire. However, Leeks was later arrested and charged and is now reportedly released on a $100,000 bond.

It is reported that Leeks was defending his close associate, rapper Quando Rondo during the shootout. Rondo has since been defending Leeks publicly on social media, with the hashtag “#FreeLulTim.” In his Instagram bio, Quando Rondo writes, “Its always two sides to a story.” He has also defended Leeks publicly through his song “End of Story,” which claimed Leeks was acting in self-defense. 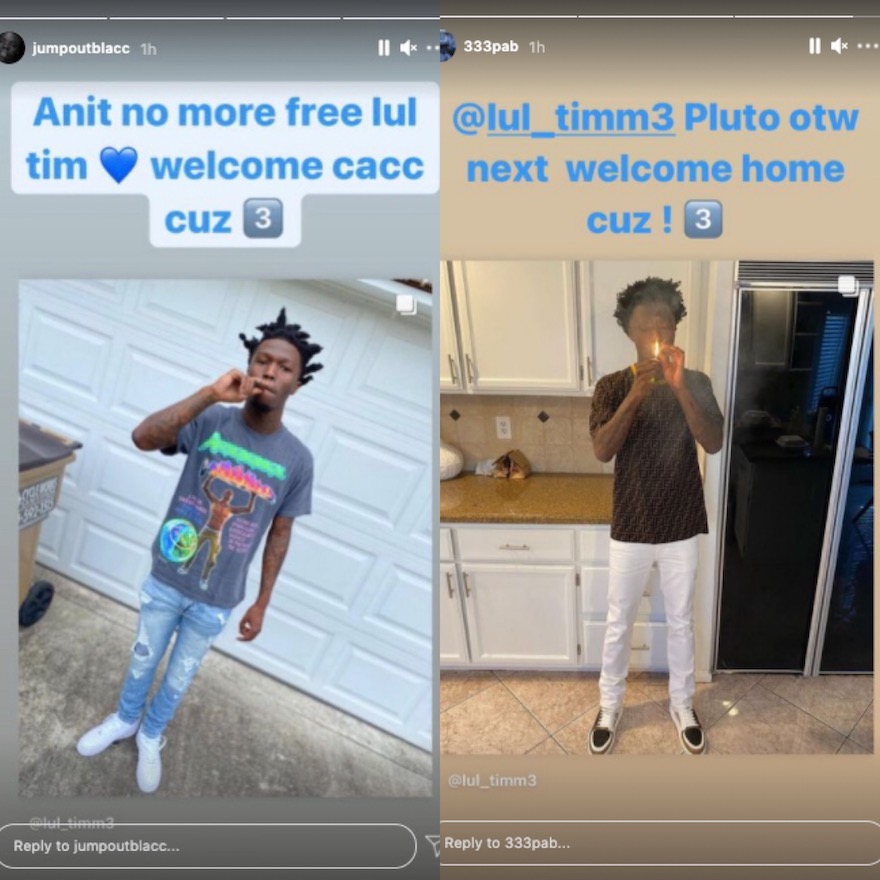 He raps, “Sometimes the best response is none at all You probably would’ve left your mans, that ain’t one hundred, dawg…. ….Blood on your brother on the ground, gon’ pick your mans up.”

“Damn right we screaming self defense / He shouldn’t have never put his hands on me,” Quando Rondo raps.

The song has so far received almost 15 million views on YouTube with many contrasting comments.

“If X or Pop Smoke or Nipsey had a friend like Lul Tim they’d still be here… Crazy story,” one person wrote in Tum’s defense. And another commented, “This song is actually very well done. Shame its regarding such a dark situation.”

The details of Lul Tims’ bond are not yet known.